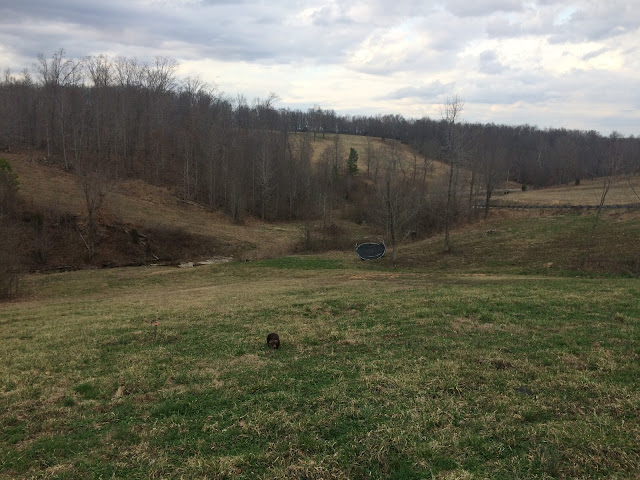 This year February went out like a lion for us. I suppose it was shielding March, who usually gets blamed for that kind of weather. Last week, there was a particularly windy day. Nutmeg was barking all day long so I didn't pay her much attention. After I clocked out I was standing on the porch, talking on the phone and watching Nutmeg sniff a tarp that had been laying on our trampoline. About five minutes later I thought, did that fall off the trampoline? and then I thought, hey, where is the trampoline? 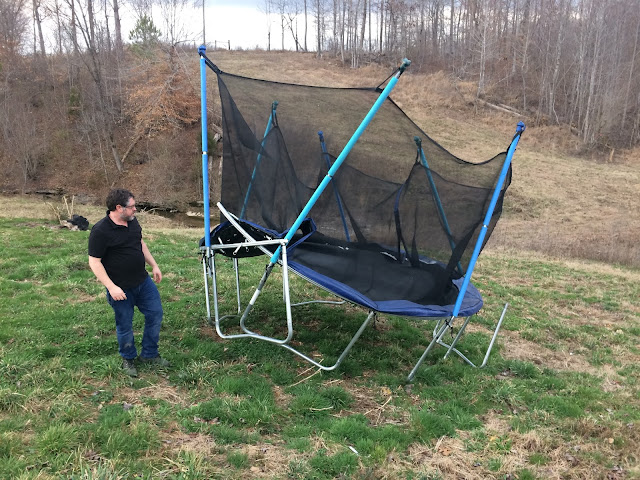 We had two heavy duty anchors on that thing. The anchors were still securely in the ground. The straps were not attached though. I didn't even bother looking around wondering where it went. There is almost always a Northeastern wind blowing across our farm, and since we put the trampoline together we made jokes that one day we would just come home and the trampoline would be down the hill in the creek. We were right. Jamie and I followed the path the trampoline had taken down the hill and were able to find all seventy-two springs along the way. That's a good thing. You wouldn't want to hit those with a bush hog. 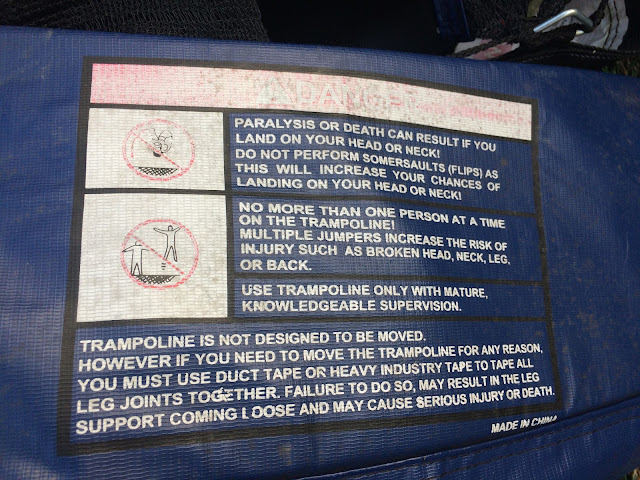 Apparently the wind did not read the warning label. It says right on it, "Trampoline is not designed to be moved." In other news we have some trampoline parts for sale, if anyone is interested.